How to Get Rid of Blackheads in Ear, Behind Ear

Blackheads in ear result from clogging of hair follicles on the skin that appears in form of bumps. The name blackheads came about as study showed that the heads of these bumps are usually black. Dead skin cells and sebum are what make up blackheads.  When the hair follicle has a collection of dead skin, blackheads form.

There are times the blackhead is very painful especially when it is inside the ear. Painful blackheads in most cases are because they have certain infections.  It is the infection that causes the blackhead to be very huge and painful. In such a case you must see a dermatologist since home treatment may not be sufficient. Before seeing the doctor you can try OTC pain killers to relieve the pain. 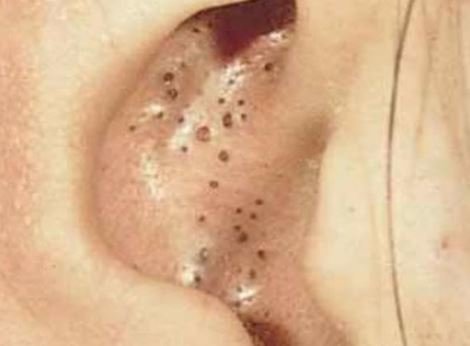 It is important to exam your ear once in a while so that a blackhead behind the ear does not go unnoticed and untreated. This is in order to get early treatment to avoid infections which may complicate the condition of the black spots.

Causes of blackheads in ear

You may be wondering what some of the causes of the blackheads on your ear are. It is important to study the causes and some of them are discussed below;

It is not only the skin pores but also hair follicle openings. Clogging of the pores maybe     because of a number of reasons which include; sebum, dead skin cells, and any form of dirt. Sebum turns black as soon as it comes into contact with oxygen. In rare cases, the blackheads may be either yellow or grey.

Excessive oil production is actually the leading cause of blackheads in the ear.  When the oil gets into the pores in the ear the pore become increasingly compact and upon exposure to air causes the pores to clot.

Home remedies to blackheads in ear

You can get rid of blackheads by dissolving them using earwax remover.  The reason earwax can work miracles in dissolving blackheads is because earwax and blackheads are very similar. Keratin and sebum are what makes up blackhead. Earwax on the other hand is made up of keratin and dead skin.

Earwax is relatively cheap compared to other acne medications.  There is a procedure which you should follow when using earwax to get rid of the blackheads on your ears. The procedure is as follows;

The tops of the blackheads are what dissolve immediately. For the whole bump to disappear completely, you must repeat this procedure at least two times in a day for about five days. On the fifth day of following the above procedure to treat the blackheads, you notice that they disappear completely. Before going to your doctor for other prescriptions, you should try earwax first.

You can rid of blackheads in your ears by popping them.  However, success of getting rid of the blackheads by popping is determined by how well you do the popping. You should be keen enough to realize that you should not pop just any blackheads. You should be careful to pick on the very old ones. Popping the small blackheads that are not grown irritates the skin around.

It is important to note that, if a blackhead us ready, it will not require application of too much pressure. You should therefore not bother with blackheads that are not ready to be popped as they require a lot of pressure. Too much pressure on the ear is likely to lead to straining of the ear area which causes discomfort.

To ensure that the popped blackheads heal, there are some things you will need to do after the popping to prevent any possible inflammation.

To begin with, use a cotton wool dipped in warm water to rub the popped up areas.  Apart from that, you are advised to apply salicylic acid which helps in minimization of the pores.

While at home, there are more preparations that can help in popping blackheads.

In addition to that, you can use a mixture of warm water and baking soda.  The mixture is gently massaged on the ear blackheads then rinsed after fifteen minutes. The mixture applied on the blackheads is meant to exfoliate the skin around the ear allowing the blackhead that is ready to pop out.

Another mixture that is effective for use to pop blackheads is a mixture of lemon juice, baking soda and warm water. Allow the mixture to remain on the area with blackheads and the ready ones will pop out. Use warm water to rinse that area so as to ensure the pores do not remain clogged.

How to pop blackheads in ear

There are steps that when followed lead to excellence in using the popping method to get rid of the blackheads. The steps are as follows;

How to clean blackheads inside the ear

One of the most important things to do to ensure the blackheads do not keep on developing is to clean the ear properly. The already existing blackheads should be cleaned too. Hygiene is important since as earlier mentioned, clogging of pores by dirt is one reason you may be having blackheads.

Cleaning of the ears is not done in the same way as the other body parts are cleaned. Since the ear is a very delicate organ, you are advised not to use dripping water when cleaning it. The best thing to do is to dip a cotton cloth into warm water and wipe off the dirt.

How to remove blackheads in ears

Even though the blackheads may at times be invisible, they can be very irritating. This is especially because the skin around the ear is relatively thin and is easily irritated. Removing a blackhead that has developed in the ear can be very difficult.

The ear is a very sensitive part of the body. In fact, it is easier to get rid of blackheads in the nose as compared to the ear. When acne treatments are used incorrectly to treat blackheads in the ear, there is likelihood that you develop an infection.

There are several ways through which blackheads can be removed. They include the following;

It is advisable that you use a cotton cloth to wipe the ears dry after cleaning them. A mild cleanser can also be used to clean your ears and most importantly get rid of dead skin cells. Dead skin cells are one of the reasons you are having blackheads.

Exfoliating the skin is majorly aimed at getting rid of the dead skin cells as well as any accumulated dirt. This helps to keep the skin around the ear healthy enough.  It is difficult to get blackheads on a healthy and well taken care of skin.

You are advised to pick a cloth and dip it into warm water then hold it on the skin around the ear for about five minutes. The skin pores are opened up and removing blackheads becomes very easy.

Videos of blackheads in and around the ear

Watch the included videos that will give you more insight in understanding how blackheads appear inside the ear or any outer part of the ear.  Note that, the videos are generated from internet sources. Therefore, it is only through proper diagnosis by a doctor that you could be able to establish whether what you are having around or inside your ears are blackheads. 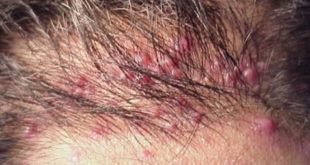 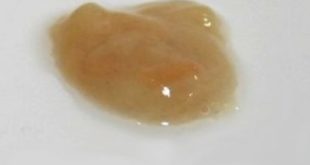 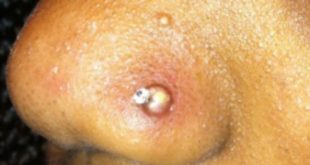